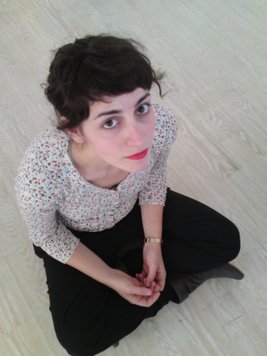 Iris Tsante is a Greek jewelry designer. She studied traditional jewelry techniques in Athens between 1998 and 2001. In 2008 she graduated from the jewelry department of Gerrit Rietveld Academie in Amsterdam. She has exposed her work in one solo and various group exhibitions throughout the world.

Iris describes jewelry as "...a process of exploring ways to define the senses of “beauty” and “value” in reference to memories of significant objects and the subsequent human/social connections related to them. It is a dialectic process since it involves the direct or non-direct communication between maker, wearer and viewer. My pieces create connotations of optimism, lightness, simplicity, joy and innocence, revealing on the same time qualities such as fragility and vulnerability. They often are characterized by a “mischiefing” tendency, sometimes in harmony with the qualities of the original materials and sometimes making contradicting statements upon more “formal” and “serious” symbols of the western dress code".

In the Netherlands she was represented by Galerie Ra and in the USA and Canada by Charon Kransen Arts.

Iris was among the organizers of B-Side Festival, an art jewelry Route through Amsterdam, for the years 2010 and 2011.